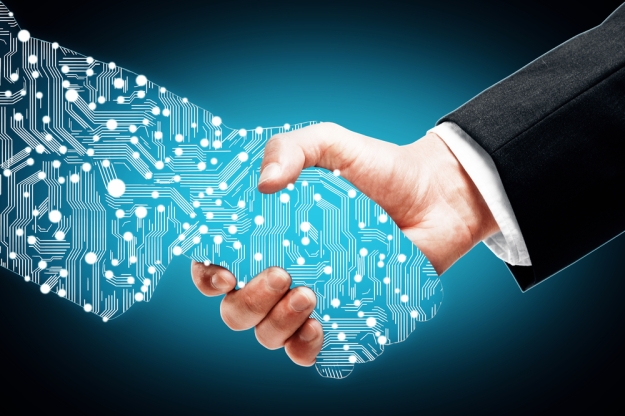 The report highlights the increased powers and expanding caseload and capacities  of the regulator. At a time of increasing concern about the use (and abuse) of personal information, the ICO is seeing a great deal more work.  This is, in part, reflected by an increase in staff numbers of around 8% year on year.

The ICO’s foreword emphasises its commitment to regaining public trust in data controllers and processors. It is hoped that changing laws provide the regulator with an opportunity to enable individuals to trust in large organisations handling personal information. The Commissioner  states that “trust” will be “at the heart of what the Information Commissioner’s Office will do in the next four years.” Confidence in the digital economy is a consideration that the regulator acknowledges and aims to encourage, especially since the digital sector is growing 30% faster than any other part of the economy.

This echoes the government’s concerns regarding the digital economy and its relation to data protection principles that were enumerated in the Queen’s Speech and addressed by several measures including a Data Protection Bill, which is designed to implement the General Data Protection Regulation (GDPR).

In a year characterised by the impending replacement of the Data Protection Act 1998 (DPA) with the GDPR in May 2018, the report’s outline of major work undertaken leads with a nod to the many public, private and third sector organisations that will be preparing for the new legislative framework.

‘Consent,’ which has become one of the watchwords for the GDPR (and a word that will be increasingly found on the bulletin boards and coffee mugs of marketing departments) will take on a stricter legal definition soon – a marketing monolith for which the ICO anticipates organisations will seek detailed guidance.

But the GDPR by no means eclipsed the ICO’s other responsibilities. Nuisance calls, unsolicited marketing and data sharing have routinely seen organisations facing fines and other civil measures. Breaches of the DPA and Privacy and Electronic Communications Regulations 2003 (PECR) such as these by a number of charities, of which the Daily Mail reported allegations in 2015, have led the ICO to issue 13 civil monetary penalties to the value of £181,000.

Indeed, some companies, Honda (whom we reported about last month) being an explicit example, have been issued fines for unsolicited marketing in breach of the DPA due to emails which asked for clarification regarding customers’ marketing preferences – which Honda for example maintained were a means of preparing for the GDPR. So while preparation for the GDPR is something to which the ICO has committed a great deal of resources, they have by no means neglected upholding the current law. The ICO has consistently made clear that it is not acceptable to break the law in preparation for another.

Overall, the ICO issued more civil monetary penalties for breaches of PECR than ever before (23), to the value of £1,923,000. It has also issued 16 fines for serious breaches of data protection principles totalling £1,624,500. It cannot be stated enough that after May 2018, these figures could skyrocket if organisations do not find ways of being compliant with the new, more expansive and rigorous legislation. Criminal prosecutions have seen a 267% increase, and the ICO has received 18,300 concerns regarding data protection brought to them – 2,000 more than last year.

Data controllers or organisations handling a wide range of personal data may have increasing requests for Subject Access Requests (SARs). The report states that 42% of all concerns brought to the ICO where the nature was specified were related to subject access. While these requests for data are provided under the DPA (and will be upheld with more rigour as one the data subject ‘rights’ by the GDPR) and not the freedom of information legislation, it nonetheless falls upon organisations of whatever size to be co-operative and compliant when the disclosure of information is required. It is important for organisations to train their staff to be able to recognise a SAR and act promptly.  Data controllers must recognise the importance of compliance not only with the law but with ICO audits and investigations, as well as of the necessity for efficient and conscientious data handling.

For information about how DC can help you meet the requirements of GDPR,  please email dc@datacompliant.co.uk.