The Information Commissioner’s Office (ICO) releases GDPR guidance on “contracts and liabilities between controllers and processors.”

Organisations only have until May 2018 to review, redraft and negotiate controller / processor contracts

Ahead of the May 2018 deadline for GDPR enforcement, the ICO has released a 28-page document providing “detailed, practical guidance for UK organisations on contracts between controllers and processors under the GDPR.” The document aims to explain the requirements and responsibilities of data controllers as well as the new liabilities of processors. The document points out that many of the requirements may already be covered by existing contracts, but that the expansion and clarification of contractual clauses to evidence compliance with all aspects of the new regulations will likely be necessary.

Under the new regulations, contracts will be required between data controllers (the organisations responsible for the holding and use of the data) and data processors (those involved in the collection and ‘processing’ of data). This written contract or “other legal act” is to “evidence and govern” the working relationship of both parties. Under the current rules, these contracts are only advised as a measure to demonstrate compliance when necessary.

It is noted that “standard contractual clauses” as well as certification schemes for contractual codes of conduct provided by the EU Commission or a supervisory authority such as the ICO will be allowed and encouraged by the GDPR, but that as yet none have been drafted.

Emphasis is given to the GDPR’s expansion of liability to include data processors as well as controllers, the former now liable to pay damages or become subject to penalties if not found compliant. On top of this, processors will need to have contracts with other processors (sub-processors) if they are to utilise their services, with written authorisation from the controller.

What needs to be included in the contract:

Contracts must explain several key points – if not, you will be fined!

Contracts must, as a minimum, require the processor to:

The CTN, the forum for data protection and privacy authorities among Commonwealth countries, has appointed a new co-chair to sit alongside the incumbent UK Information Commissioner. The decision was made at the CTN Annual General Meeting on 25th September. The organisation promotes cross-border co-operation for data security and privacy objectives.

Patricia Poku, also recently appointed as Executive Director and Member of the Board for the Data Protection Commission of Ghana, has worked as Head of Data Protection for the 2012 London Olympic Games and Global Director for Data Protection & Privacy at World Vision International.

With the rise of cybercrime and data abuse as international phenomena, not only on the level of government operative activities but also syndicate-level action usually involving the use of malware and the new universal digital currency Bitcoin, transnational co-operation is more important than ever, and gaining in participants. In July, South Africa joined the CTN and in August, the Cayman Islands issued its first Data Protection Bill, working for “adequacy with the EU directive,” the GDPR.

That the GDPR necessitates organisations outside the EU fulfilling data protection adequacy standards with EU member states if they wish to do business or in any way process data in Europe indicates that the best-practice policies encouraged by the GDPR may find global traction – and organisations such as the CTN have an important role to play in these processes. GDPR-level policies and practices will be especially desirable given the emphasis the ICO has been putting on the benefits to consumer trust that robust data protection provides. It should be viewed that in a global digital economy, data protection best-practice makes commercial sense. 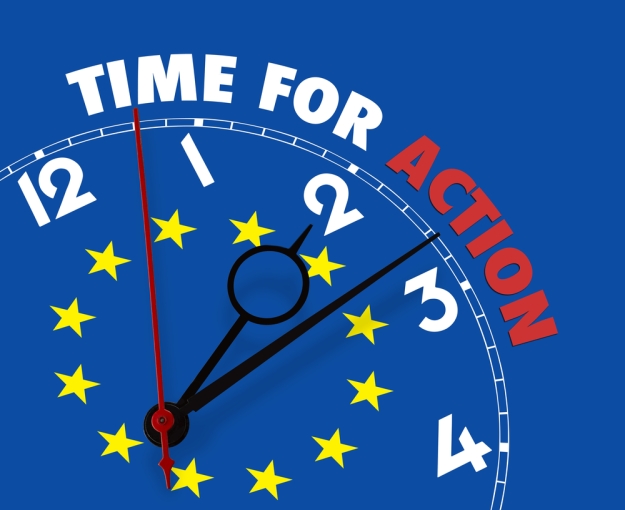 The EU Regulation is designed to replace the current multiplicity of EU data protection laws with a single set of rules to be applied throughout all Member States.  Time is moving on so it’s important to keep on top of the discussions and updates being published.

Last month’s proposed revisions to Chapter IV (which deals with data controller and data processor obligations) are summarised below.  However, it is worth remembering that “nothing is agreed until everything is agreed” in relation to the Regulation.

Businesses will be relieved to see greater discretion for data controllers in complying with the legislation as recent Chapter IV discussions in Europe have moved towards a risk-based approach to compliance.

The proposed amendments to Chapter IV suggest that data compliance obligations should be proportional to the organisation’s specific data processing activity and associated risks.

Once these activities and risks have been assessed, appropriate privacy and data protection tools should be instigated by the organisation.

Different activities, even where the same data is involved, may quite often have different consequences, requiring different levels of protection. The risk-based approach allows data controllers a more flexible approach in assessing their data compliance responsibilities within the context of their own particular business.

It appears that most countries welcome the risk-based approach, which they view as providing a good balance between protecting personal data and safeguarding businesses and entrepreneurship.

Below are some examples of the revisions proposed by the EU Council:

There is also a suggestion that data controllers may use “adherence of the processor to an approved code of conduct or an approved certification mechanism” to demonstrate compliance with the obligations of a controller.  So organisations may find it well worth considering selecting only those data processors who have appropriate data security certification such as ISO 27001 or DMA DataSeal.

If you have any concerns about your data compliance in general or the impact of EU changes in your business, contact us on 01787 277742.  Or email victoria@datacompliant.co.uk